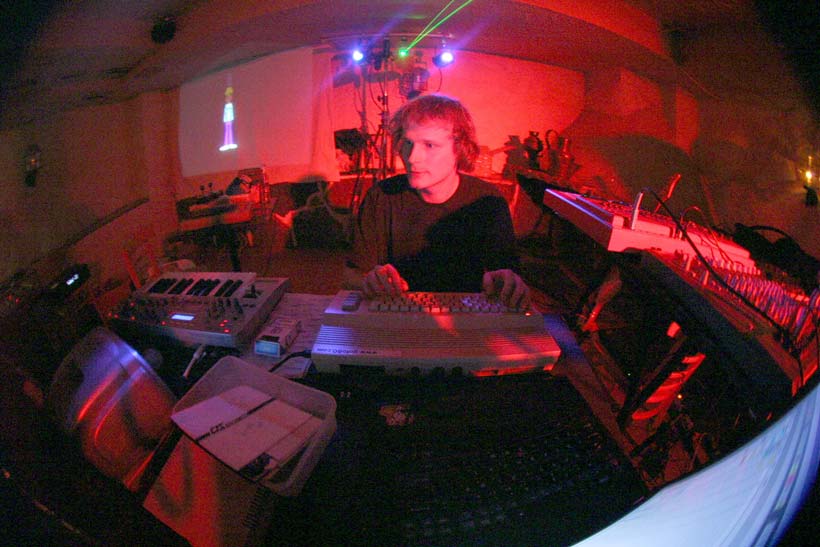 This informal chat with text-mode.org founder Anders Carlsson was originally posted at the Illarterate Blog on 21 March 2014.

With the Finland leg of the 2013 International Teletext Art Festival underway, we quizzed participating artist Anders Carlsson on… everything but teletext art. Well, he is a fairly prominent figure in the world of chiptune music, so to dwell on such a small part of his output would be doing him a very big disservice.

It is now time to enter the interview booth, which is like the Radio 1 Live Lounge only non-existent.

Illarterate: Welcome, Anders! Or would you prefer me to call you ‘Goto80’?

Anders: I can be whatever you want me to be, baby.

Ooh, I like the sound of that. Actually, while we’re on the subject, would you be willing to tell us where your name comes from? I get that the ‘Goto’ is taken from a command in the BASIC computer programming language, but why the number 80?

Yeah, I remember I suggested Goto80 as a name for a friend’s BBS back in the days, but he rejected it and now I’m stuck with it. But I think that I chose 80 because of the Swedish computer ABC80, and because I was really into the 80s at that time (little teenage hipster-in-the-making). ABC80 also sort of had support for teletext graphics, or TEXT-TV as we call it over here, while some imperialist empire call it World System Teletext or something.

Imperialist empire? Why, who could you possibly be talking about? 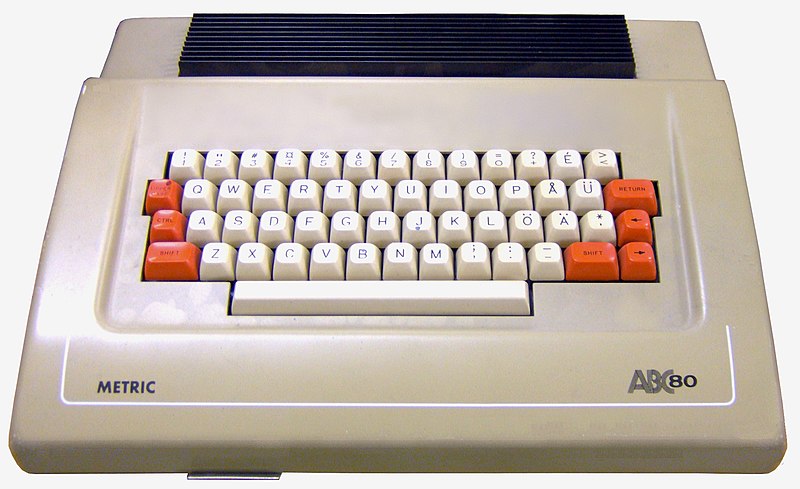 Well, you’re possibly best known for your chiptune music, so it would be rude of me not to ask about that. Do you still use the original tech (Commodore 64 etc.) to compose, or have you embraced the technomalogical revomolution?

I’ve secretly used synthesizers and stuff since I was young, but released those things under other names. But yes – I still use the C64. Although I combine it with other things these days, I still prefer to use the real machines. Amiga and C64 are still great ways to make music. No bullshit. Or was it all bullshit? Can’t remember.

So, I read that the whole idea of teletext art as a ‘genre’ began as something of a joke. Here in the UK we had a page on Channel 4 Teletext to which kids could submit artwork. They would send in a doodle that technical types would convert to a barely recognisable, pixellated teletext format.

Is this something you’ve experienced in Sweden, or do services there generally stick rigidly to the ‘teletext is for text’ philosophy?

Yeah we’re kind of functionalistic here. There’s been the occasional art project. Or was it just one? I wrote about it at Chipflip, you could take pictures of the princess’ marriage and have it converted to teletext, or something like that. Finland had a comic on teletext, I heard. But in general the best pages to watch ttx graphics is the advertising, especially the xxx-ones.

I like those pages best of all. But I note you have a Wikipedia page. Are you willing to reveal whether you monitor that yourself, maybe inserting the odd phrase such as ‘internationally renowned’ or ‘ultimate ASCII master’ here and there, or would that be giving the game away? Also, how does it feel to be ‘notable’ in the eyes of an online encyclopedia?

It’s not something I’m proud to say, but yeah – I started that page myself. It was really difficult, because the reality behind Wikipedia of course is that there’s a few Knowledge Oracles that decide what should be there, and what it should say. On the Swedish Wikipedia page, which I didn’t have anything to do with, I deleted the whole page and said “idiot savant” instead, but that was unacceptable. Eh, which might make sense.

But I worked for months to get “independent sources” to back up my statements, which is kind of hard when everyone who writes about me seem to be dependent as f***!

Uh oh, better watch out – the Wikimedia Foundation will be tracking your every move now.

You’ve been collaborating with Raquel Meyers quite a lot in recent years, for example on the ‘eatable project’ Acid Burger. Most importantly, how did those taste? Secondly, how did this partnership come about, and do you two have any joint projects on the horizon?

The burgers were just cheeseburgers from McDonald’s. So they were pretty good. Of course once they arrived to the people they were completely rotten. Australia didn’t even accept them into their country. I was hoping that McDonkey burgers would last forever, but unless you keep them vacuum-sealed or whatever, they rot. Bad McDonald’s. Must make more timeless burgers.


Me and Raquel have worked since like 2003 or something, when she was browsing the HVSC-archive for C64-music for a net art project, and randomly stumbled across my directory and chose Superman by the Swedish super band The Pinks. We’ve worked together since, and are right now basically working with improvised live performances with PETSCII, teletext and C64-music.

We’re also working a lot with our text-mode tumblr where we collect text graphics and related things, and we’re gonna do some expansion of that soon too.

Ah, I have seen that website, and it’s really rather good. And I’m not just saying that because you featured some of Illarterate’s work recently…

Anyway, Anders, before I leave you be, do you have any forthcoming projects you’d like to plug? Feel free to name them all one-by-one if you wish!

Seven Chains is my new music release that I will send around the world in 7 copies. Can’t say much more about it right now, but it will be a totally massive thing that very few people will ever experience. Muhahaha.

Will also attempt to set some world records in the future, to move myself more towards people with eggs in their mouth and super-freaks, instead of this fancy art/culture context that I’m in.

Eh, at the same time I’m working on a book about ASCII art and those things, that is a huge and pretentious project that will debunk some popular myths about these things.

I’ll be sure pre-order that book as soon as it’s announced. Right, that’s enough questions, I think! My brain needs a reboot now. But thank you so much, Anders, for taking the time to speak to us. It has been an absolute honour!

In this article:Goto80, Interview, Music 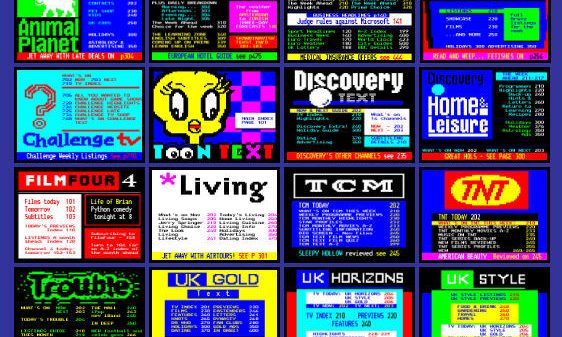 If you’ve ever seen a teletext animation, there’s a very good chance Ian Irving had something to do with it. Arguably the world’s first... 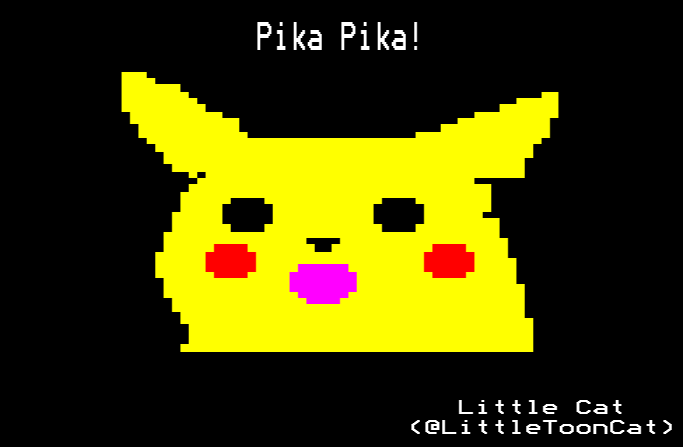 Tonight on Teletext Artist Spotlight we’ll be highlighting the work of Little Cat, who has recently discovered the vibrant world of teletext art and...