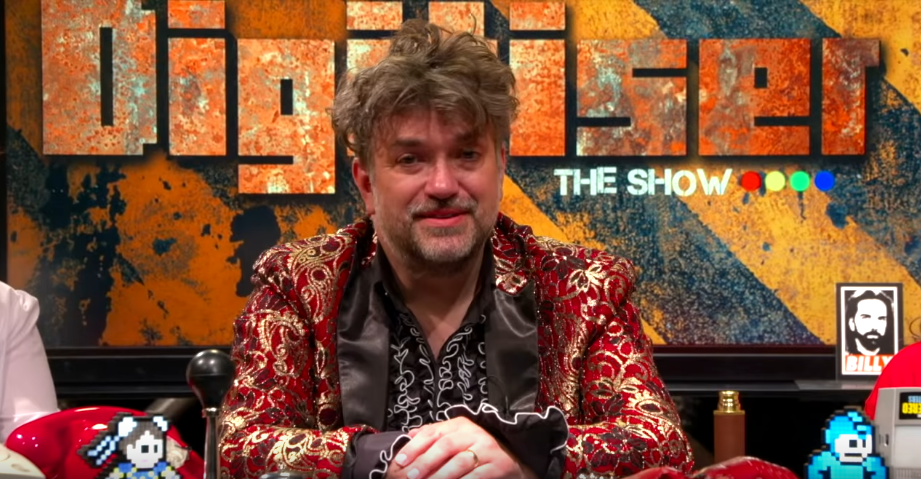 I never really understood Digitiser. Finding its overly grotesque characters a bit frightening, I retreated to the comparatively tame Mega-Zine over on page 141.

I do wish I had given teletext Digi a chance. In hindsight, it seems like one of those things you needed to give a second or third look, sort of like The Office – it made you feel uncomfortable at first but eventually you warmed to it. Pioneering concepts are often like that.

Seeing Mr Biffo’s baby reappear as a webseries in 2018 was arguably more surreal than its infamous humour. Being familiar with the new cast of non-zany hosts, I knew roughly what to expect… but not exactly.

Considering my historical snubbing of Digi, the stakes were high: I would either love it and want to video tape every episode, or absolutely detest it and unfollow Biffo on Twitter, pausing briefly to give Pudsey the Movie a bad review on Amazon. There would be no falling anywhere in between.

For those who wished to find them, there existed many clues for the next generation of Digitiser.

Classic characters such as the bin-protecting Mr T and foul-mouthed Fat Sow would be largely relegated to cameos. We knew this because Mr Biffo said so at the Digitiser PLAY Blackpool live show last month.

That ‘panel’ served as a wonderful primer for the video series, incorporating a secret pocketful of props cannibalised from the studio. And I can promise you they were put to ambitious, perhaps even raucous use.

We were also treated to a 10-minute preview of the first episode, with Larry Bundy appearing to reprise his Vectrex retrospective on G@mers TV a decade ago. And I can promise you that this revisit is infinitely more Digitiser.

But the real show-stealer was Paul Gannon’s act of revenge for that time he lost a Duck Hunt challenge in the first series of GamesMaster. Chuck in some Nerf guns and you can probably guess the general theme of this segment. And I can promise you it gave me the giggles.

Yes indeed. I surmised that Digitiser was going to be like Games World, Sky One’s experimental prog rock concept album version of GamesMaster. Which would be great for me personally as I’m perpetually stuck in 1995.

Kickstarter backers received the show a week early, but staying true to the concept’s televisual roots, I waited patiently until the moment of its public release at 9PM the following Sunday. Just like I would have in 1995.

As an ardent fan of the shows it set out to emulate, I thought Digitiser: The Show struck a very good balance of humour and information.

Biffo’s ‘Top Three Underrated First Person Shooters’ segment spoke to my Hewland fanboyism, as did the ‘in the arcade’ interview with Stuart Ashen.

I liked how this was framed as a casual chat around the chip shop Dig Dug cabinet as opposed to a Dominik Diamond challenge of old. It’s tough for interviewees to think of great responses when they’re simultaneously engrossed in a Top Gear ‘Star in a Reasonably Priced Car’ tournament.

Next week’s guest is Big Boy Barry. This is actually very appropriate, as in Digitiser you can sense elements of Games World‘s Barry TV. The influence of David Walliams on Biffo’s writing shines through, even if the Lesley Luncheonmeat-style fictional characters are kept to a minimum. 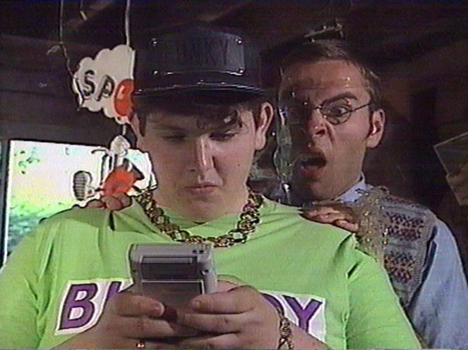 When Paul Gannon introduced a section called ‘Head to Head’, I envisioned a one-against-one gaming contest akin to Violet Berlin’s show of the same name. But Digi‘s ‘Head to Head’ proved to be your standard SNES vs Mega Drive debate rather than a miniature homage to that Children’s Channel favourite.

Truthfully, this point is largely moot as it would be foolish to waste precious studio time on more gameplay. We’ve got endless repeats of Dara O’Briain’s Go 8 Bit to cover that niche, in any case.

I feel ‘Video Game Pioneer or Murderer’ was a far more fascinating segment, however. As if that name wasn’t captivating enough, Gannon’s off-the-cuff criticism of the segment’s title card was my favourite part of the entire episode. If it was a scripted bit, then Biffo is secretly a genius actor who’s been hiding behind teletext pixels all these years.

The aforementioned Duck Hunt finale harks back to celebrity challenges on Vic and Bob’s Shooting Stars, where Ulrika Jonsson would wipe a car windscreen with her backside or something. (Please don’t ask me why that’s the first thing I remember from that show.)

But in my mind, it was the final scene that set this show apart from a sea of lukewarm and often salty YouTube gaming content, the very moment you realise there’s a proper accomplished writer behind this one. I hesitate to spoil too much, but Biffo couldn’t have picked a better feature to promote his creation to the wider world. 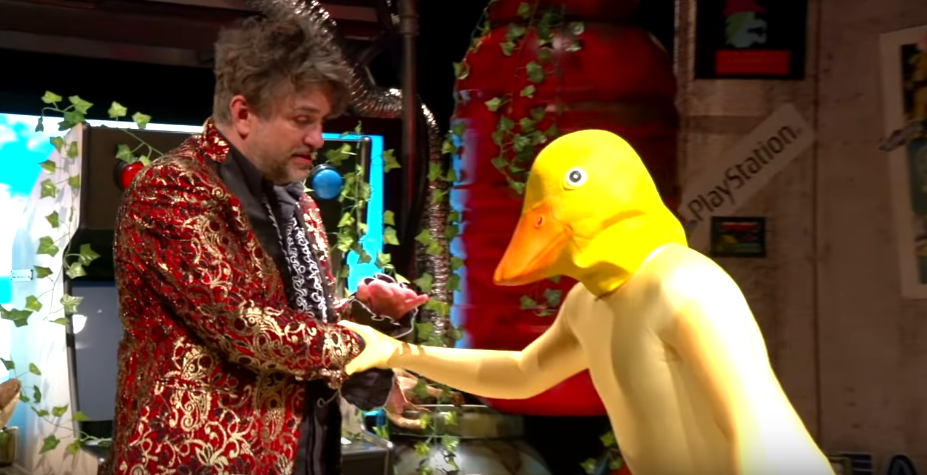 Gannon prepares for the ordeal

Goodness knows what an outsider might think of all of this madness. As an ‘insider’ to a great degree, I can say it was a highly enjoyable experience and I am genuinely looking forward to five more weeks of it.

However, current popular opinion is divided between the wildly enthused and mildly bemused.

Most criticisms are solely constructive and relate to technical aspects of the show, namely the imperfect sound and video mixing.

It’s true that the editing workload has fallen largely upon Mr Biffo himself, who has publicly announced that he will work to resolve these issues. He’s searching for a solution to the frame rate fluctuations and a professional sound editor will be drafted in for subsequent episodes.

On the whole, people are willing to see past these minor gripes. It’s not as if the original Digitiser teletext service was pure and polished every single day from its inception – our brain just tricks us into thinking it was (and Biffo has attested to this numerous times).

But is it any good?

As for the classic Digi humour, it’s divisive by nature. I didn’t ‘get’ it back in the 90s, just like the suits who ordered Biffo to tone down the ‘exclusive’ humour. Perhaps they were expecting ‘Bob Monkhouse plays Mario’ or something.

My bins: stay away from them.

But I can report that those truly absurdist moments make up a small fraction of the overall show, with each host bringing their own individual personality to the mix. For the casual viewer, it’s just a question of whether the crazier parts are repulsive enough to make laugh out of your nose or change the channel.

Bottom line: is Digitiser: The Show actually any good? Well, I think it might just have surpassed Mega-Zine at this point… 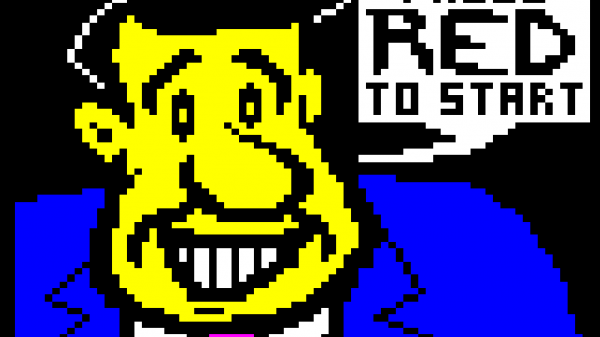 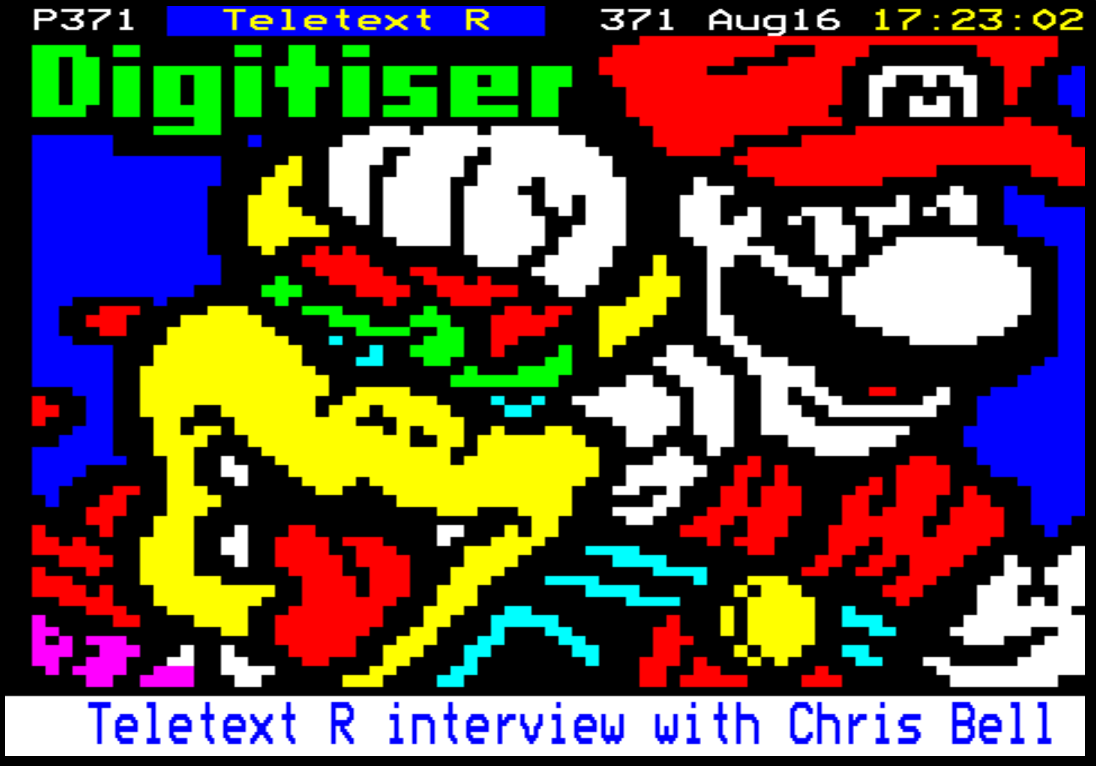 If you had to make a list of memorable teletext sections, you’d probably have Digitiser somewhere in your top 5. Today’s guest is, aside... 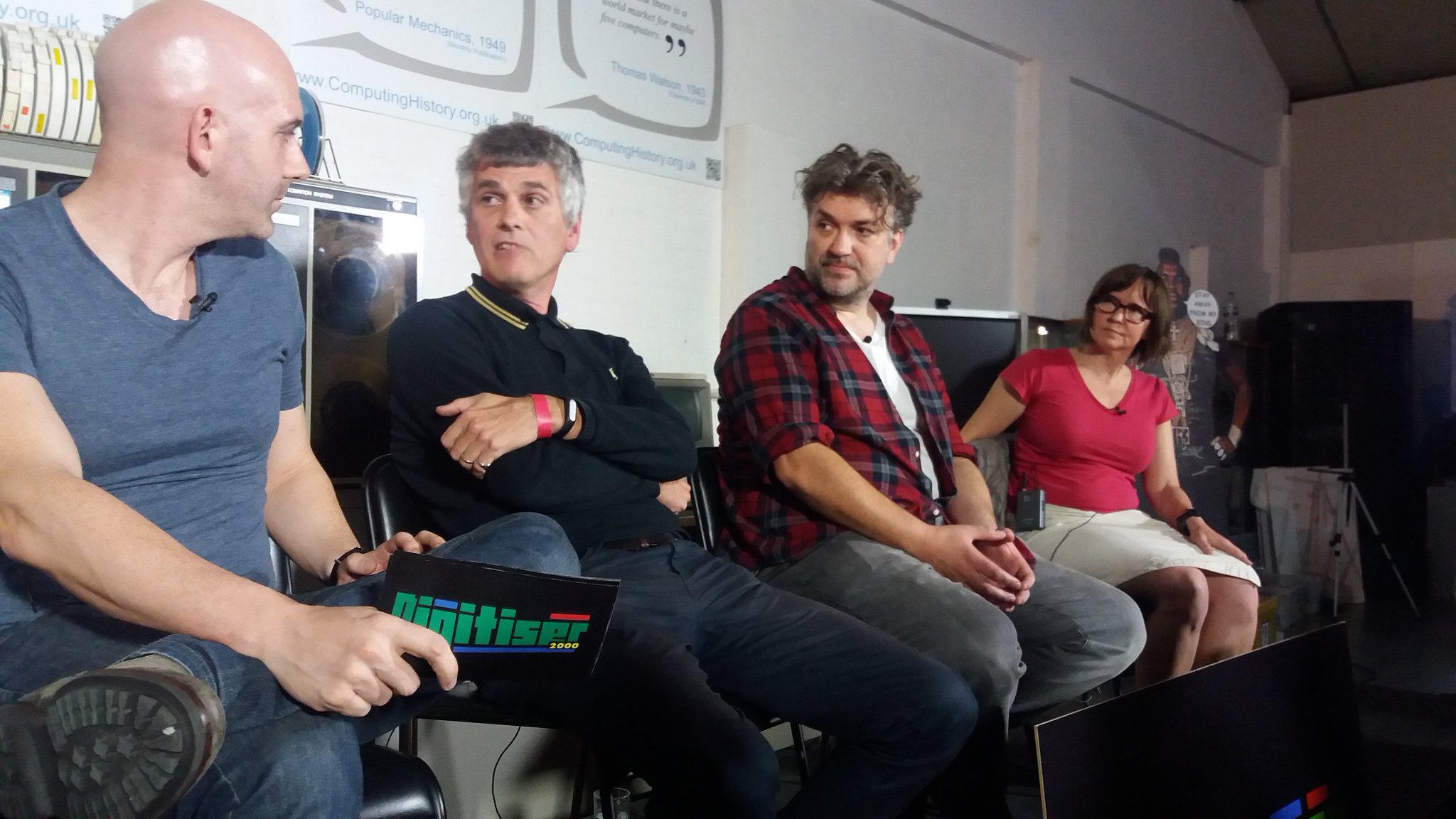 Recorded at the Teletext-Digitiser Block Party Festival on 1 October 2016. Panel 4, 7:00PM: A History of Digitiser with Paul Rose, Tim Moore and...