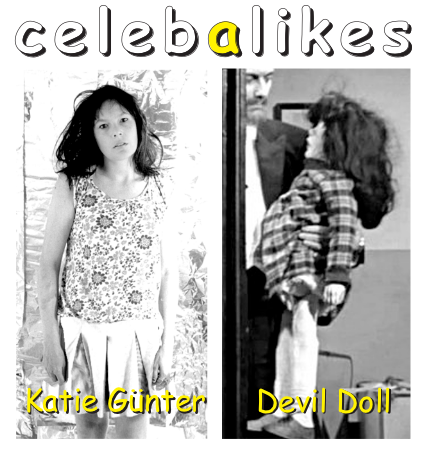 Teletextart: Hi Kathrin. Thank you so much for agreeing to answer a few questions for us!

What did winning mean to you, and has it changed your life in any way? Does this mean you’re a celebrity now?

Kathrin: First of all, I felt very honored to win the Teletext Art Prize, especially as I didn’t expect it at all.

Apart from the beautiful trip to Helsinki, where I got invited by the lovely Fixc group, I guess I gained a new playground and format for my artwork. I connected to a new audience and I still keep getting invited to continue to work in the teletext format. Which I really deeply enjoy.

What do you see as the major challenges of realising your ideas in teletext form?

The main challenge for me was, and still is, definitely its minimalism and limitations regarding the aesthetic output of the artwork.

Don’t get me wrong – I really love the teletext aesthetics. But how to deal with a tiny little square of only 24 rows with maximal 40 characters each? The message of the work has to be, visually spoken, to the (pixel) point. Which is of course not a bad thing after all. But for somebody like me, who loves to work in large formats with lots of layers and details, it is quite a challenge indeed.

Also at the same time being restricted to a given format is something I am not really used to. Usually an idea for a new work comes hand in hand with the format or technique that suits it best. Or at least the technique or format is developed subsequently. But having the format given as a strict premise, narrows the creative spectrum a lot. Which can be helpful and hindering at the same time. 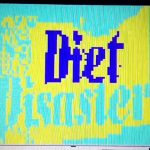 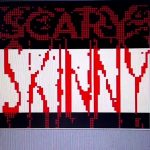 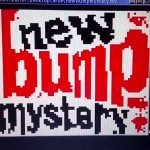 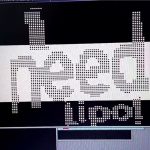 I also had difficulties working with a format which I had little relation to at first. I just remembered teletext from my childhood. Also I haven’t had a television in years. And I still don’t have any. So I almost backed out, when I first got invited to participate at the ITAF 2012. I am not really a patient manual reader and I usually skip them. I try to approach everything by experimenting.

It wasn’t very complicated after all, to find my way through the pixels, but I always thought and still think, that I still haven’t quite figured the teletext empire out properly. I always suspect that I am missing out on something essential. So every time I get invited, it’s a new challenge for me.

Your work focuses on celebrity culture. How psychologically damaging is it for us to see the world through the filters of social media, essentially striving to be celebrities ourselves?

Personally, I am not really involved much in social media, I also don’t read any news neither off- nor online. I don’t have Facebook. I do have a lively account on Instagram and a very silent one on Twitter though (closed as of November 2018). But I try to use it exclusively to advertise my artwork in one way or the other. It’s an easy platform, although I doubt in its virtual potential towards real life effects. At least for me. 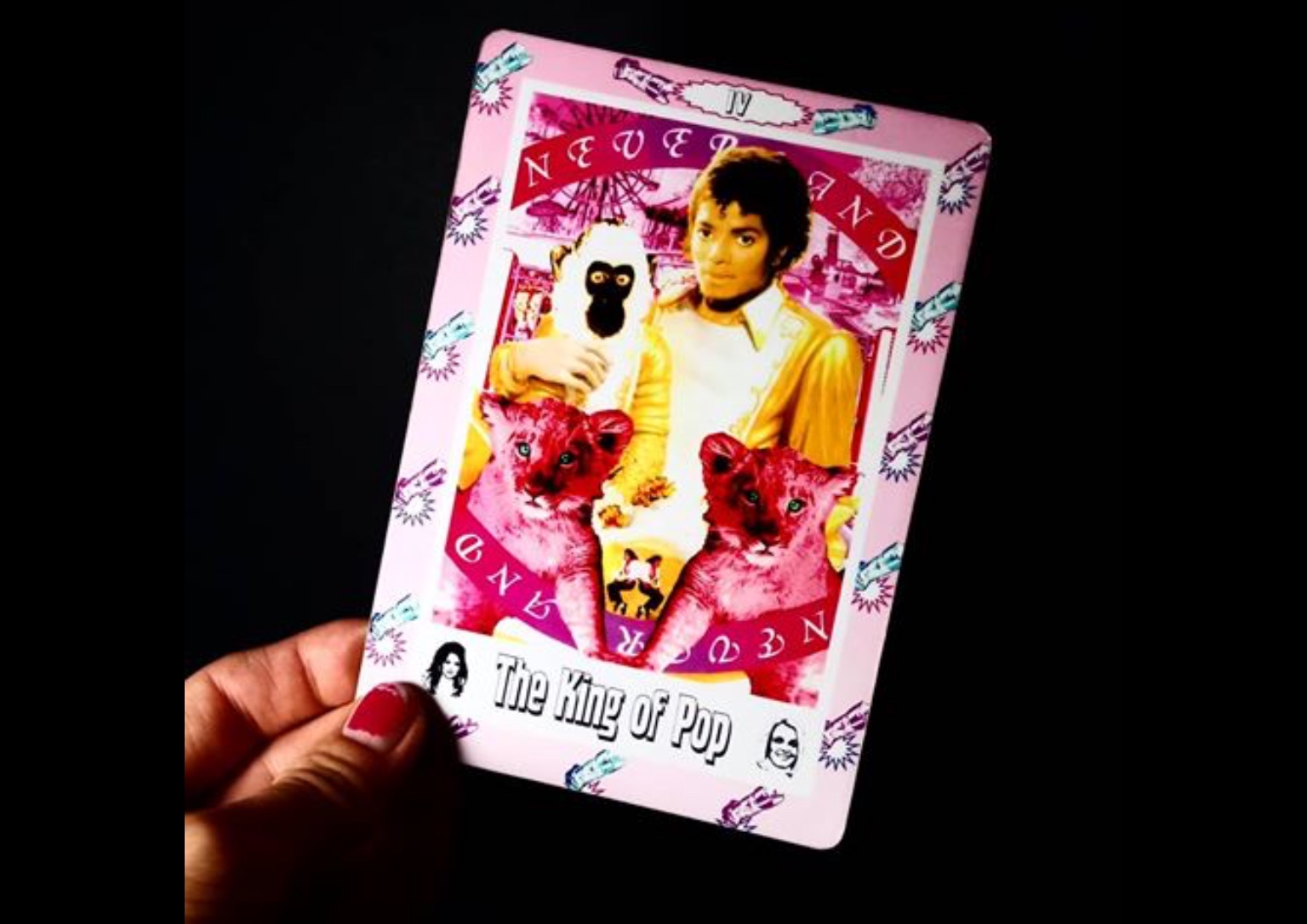 Yet still, I have the illusion to spread a piece of (me) my work a little, which is okay, I guess. No filter, of course. To cut a long story short, I think that (fake or filtered) news and its diverse reception or perception has always been an issue, with or without social media. Especially but not exclusively in the world of gossip or celebrity culture.

There are a lot of people that see and believe what they want to see and believe. And the world of celebrities offers the public a huge screen for infinite projections. Brangelina split! Pheww, finally! Who on earth wants to see a happily married A-List Hollywood couple with a bunch of spoiled kids? Where would the Kardashians be without any cheating drama or a well-behaved Kanye?

Nobody seems to be interested in George Clooney anymore after his ‘happy’ marriage with Amal. Just you wait for the Divorce Disaster to happen. It also got suspiciously silent about Britney Spears. No public ‘fender benders’ or head shavings anymore. Apparently she’s back to hair extensions and ‘banging abs’. A silence that surely won’t last very long. In the world of gossip there is always something brewing, isn’t it?

Or –  if not – channeling Victoria Beckham – If you haven’t got it – FAKE IT! 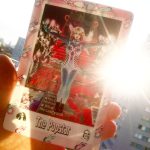 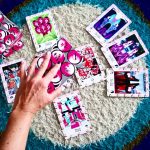 The truth (if there is any) behind all these stories is completely irrelevant. The truth lies in the spectator’s eye. In his or her very own perception or rather projection. And there are many truths. Or lies.

I have been studying and working with gossip and celebrity culture for over 20 years now – and apart from a lot of technical aspects maybe, it hasn’t changed much in its psychological strategy. Gossip has always been nourishing itself through an unsaturable hunger and obsession for drama, scandal and sensation. Believing is seeing.

Social media filters obviously don’t help, quite the contrary, but I am convinced that the psychological damage has already happened way before social media even existed. In this context I also would like to mention an amusing and also disturbing occurrence that I came across whilst browsing through my daily gossip sites back in 2007. 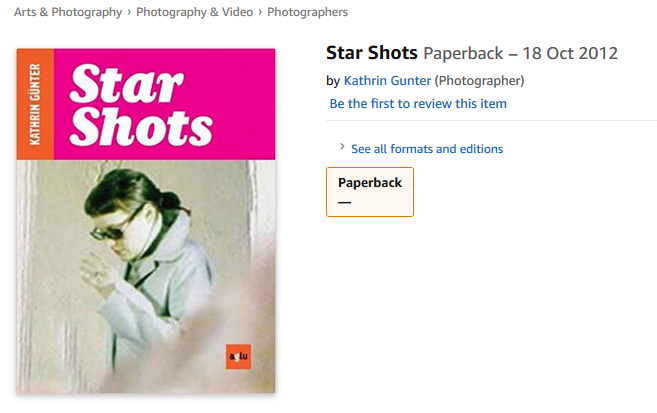 Just to mention one example out of a few: A single photograph showing Britney Spears from the back being helped into a car by the hand of Paris Hilton, caused a rage of commentary that filled a book, that I published, of literally around 800 pages. 800 pages of (unedited) commentary for one single post.

People were virtually attacking each other over a period of days in at times quite a violent manner. And some of the commentators really seemed to believe that Britney, Paris or any of the celebrities pictured, would actually read these comments. Personally this was quite an eye opener regarding the extent of absurdity in celebrity culture.

What, if any value is a broadcasting medium free of gossip and subjectivity in the Internet age? Can such a medium really exist, and would it be boring?

OMG!!! What would I do without being able to be keeping up with the Kardashians??!!!

If you can capture someone’s spirit in a photograph, is it possible to see into someone’s soul through a teletext page?

Interesting idea. Maybe we should join forces for a special Teletext Séance? 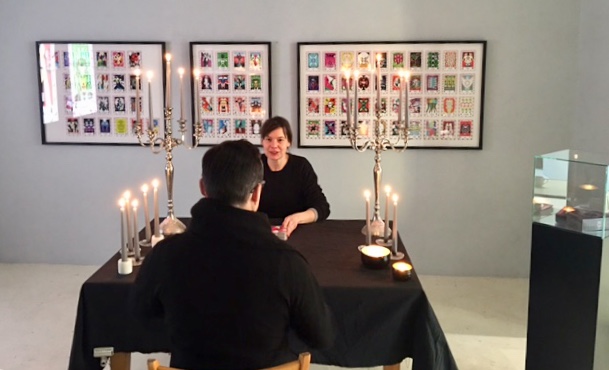 What are some forthcoming project(s) of yours that people can look out for?

I am currently working on my ongoing cycle of Celebrity Voodoo. It’s a body of work that keeps on growing and developing in many directions. Right now I am mainly kneading wax dolls, combining bees wax and celebrity cut-outs from gossip magazines for an installation that I am planning.

I also just launched ‘Magic Five’, a monthly limited edition of voodoo candles. Every month I invite a guest artist to design one out of five voodoo candles. The only premises are, that the magic candle has to host one celebrity with their according affirmation.

And if you are up for it – speaking of Teletext Séances – I would like to invite you for one of next year’s editions. Maybe for the planned ORF Teletext exhibition in Linz. What do you think?

I think that’s a magnificent idea! Let’s make it happen.

Images in this post are (c) the artist unless otherwise watermarked. 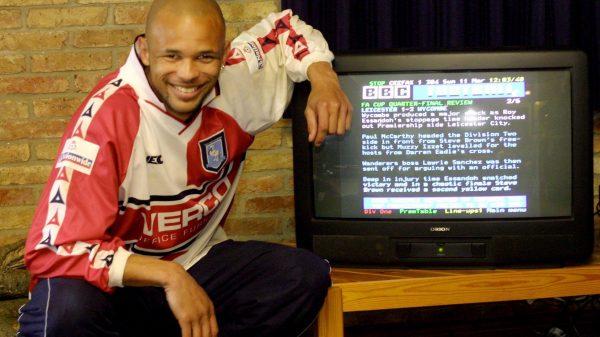 It’s one of the most iconic moments in FA Cup history – Roy Essandoh leaping to score a last-minute goal against Leicester and earn...

Digital artist Jarkko Räsänen is a member of the FixC artists co-operative, who have been organising teletext festivals since 2012. Their most recent teletext... 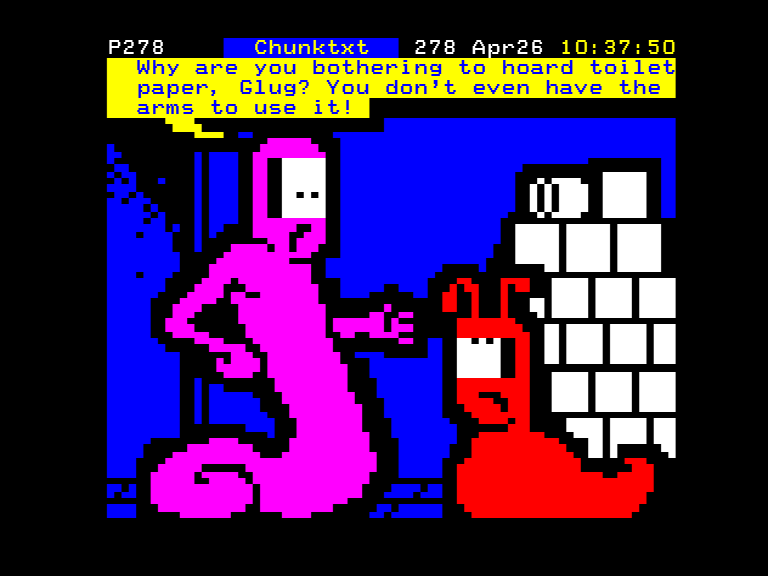 On Saturday 25th April 2020, teletexters from around the universe gathered in the Teletext Discord to make beautiful data together. Dozens of artists collaborated... 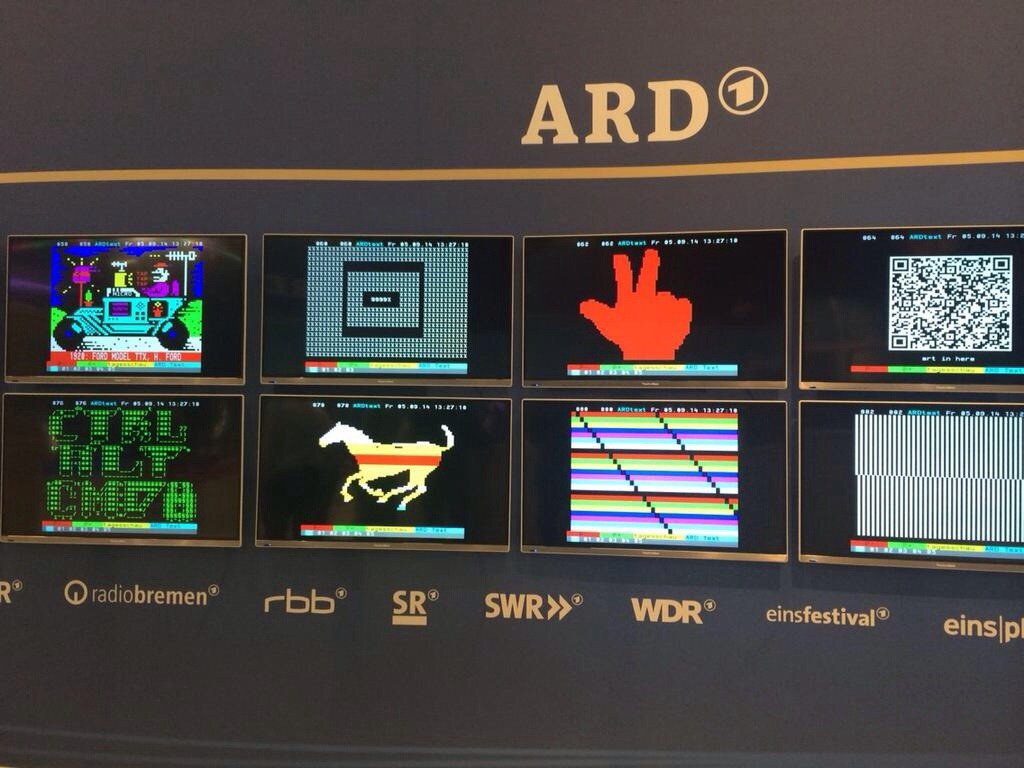 Half a decade of the Museum of Teletext Art

The Museum of Teletext Art will turn 5 years old this summer. Since its launch in August 2014, the teletext-based gallery has broadcast artwork...